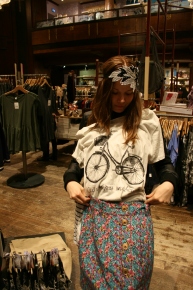 I had an awesome weekend!

Sunny Saturday breakfast with the boys followed by sushi with Maria in the city, Urban Outfitters shopping with my sister, summerish fruit drinks at home before the Last Bounce in Globen.

The BOUNCE crew have been kickin now for 13 years and have put the groove onto street dancing for so many people with their shows and summer camps, including myself and my sister Sara. The plot of their last show as a performance group was a trial against them, accused of being “sell outs” and “stealing street dance from the streets”. The “evidence” was made from flashbacks of them mixing all types of dance styles and moves.

Here is an interpretation of Benke trying to lay off the street dance cap for classic ballet.

And here is “another brick in the wall”

Many of you have probably seen this already, when Bounce started a flash mob phenomenon that spread all over the world.

After the show every muscle in our bodies were craving to let loose on the dance floor so we hit a really commercial dance spot club, knowing it would be a sure dance card to play.

9 years younger than me they didn’t raise an eyebrow to Sara’s under age ID but to mine, apparently, getting a bit old for this kind of place.

But who cares. We rocked the house. 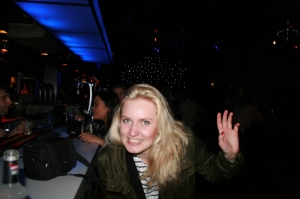 Sunday, I waved my sister off, went for a walk in the spring sun and met up with my lovely friend Beatrice for a coffee at Vurma Café. My roomie popped in and we decided to go to the movies that night. The weekend ended perfectly crouched down in a cinema seat with friends.

But most of all, I am grateful enough, to know that.